The story so far…

Over 29 million people have tried Alpha in 169 countries, and it has been translated into 112 different languages.  Developed as a short course at Holy Trinity Church, Brompton in 1990, Nicky Gumbel took over running Alpha and found that many people inside and out of the church wanted to explore the Christian faith. Alpha now runs in every part of the global church, and Croftfoot Parish have been running Alpha for over twenty years.

Whether it’s a group of friends gathered around a kitchen table, or a quick catch up over coffee and cake, food has a way of bringing people together. It’s no different at Alpha. Every session starts with food because it’s a great way to build community and get to know each other.

Followed by a Film

The new set of films are designed to engage and inspire conversation. Usually around thirty minutes long, they explore the big issues around faith and unpack the basics of Christianity, addressing questions from Who is Jesus? and How can we have faith? to Why and how do I pray? and How does God guide us?

Probably the most important part of any Alpha: the chance to share thoughts and ideas on the topic, and simply discuss it in a small group. There’s no obligation to say anything and there’s nothing you can’t say (seriously). It’s an opportunity to hear from others and contribute your own perspective in an honest, friendly and open environment.

We would love for you to join us on Alpha, the course starts on Tuesday 13 th September at 7pm.

Are you feeling under pressure, burdened or depressed? Are you suffering sickness of any kind?  If you need a touch from God, then please call in to our Healing Room any Friday where you will be warmly welcomed.

What is a ‘Healing Room’?  There are currently over 30 rooms throughout Scotland and they are places where prayer is available for healing of sickness … in body, mind or spirit. Our receptionist will offer you tea/coffee, during which time a couple of our trained team members will be praying for God’s guidance prior to meeting with you. They will then listen to your request, in privacy and confidentiality, and pray for your healing, in Jesus’ name.

Please note that all visits are free of charge, and we do not advise our guests to stop taking prescribed medication or to cancel doctor/hospital appointments.

THE ‘AS ONE!  PRAYER SHIELD’ … Coming to Croftfoot Parish Church

What is the ‘As one! Prayer Shield’?   It is a national call to prayer promoted by Pray for Scotland, and Parliamentary Prayer Scotland, to encourage the Church to stand together ‘as one’ and to raise a shield of prayer for their areas in 2016.  The initial focus is to pray for God’s guidance on all aspects of the elections to the Scottish Parliament, but also to pray for our own local needs.  As part of the tour, a prayer of blessing will be said by one area over the next, creating a ‘river of blessing’ throughout Scotland.

The Prayer Shield is currently touring Scotland, stopping off at designated places, and reaching Glasgow on 14th April.  Croftfoot Parish Church (318 Croftpark Avenue, G44 3NS) has been asked to receive the Shield on Friday 15th April at 7.30pm, and so we invite you, our brothers and sisters in Christ, to come and stand with us as we pray ‘Thy Kingdom come, Thy will be done’ in our nation.

Further information on the Shield’s journey around Scotland can be found at  www.prayerforscotland.org.uk/as-one-the-shield   (Prayer for Scotland’s website). 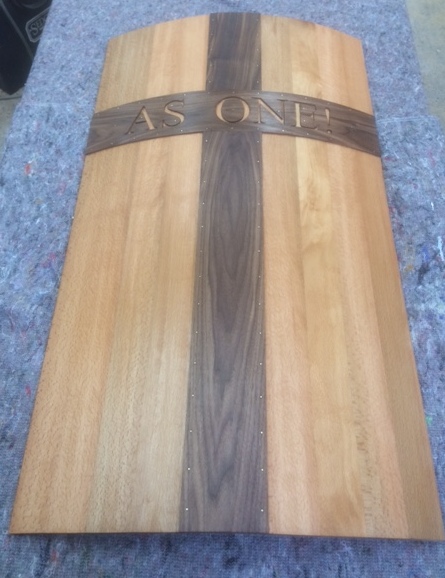 Healing service this Sunday (and the first Sunday of every month)  at 630pm – all welcome to come to this gentle service exloring the topic of healing, with an opportunity to receive prayer for healing.

Alpha is a wonderful practical 10 week course on the Christian faith suitable for all wanting to find out more in a relaxed environment over a meal and through dvd teaching and open small group times where all questions are welcome.

We are hoping to run 2 courses this Autumn-

There is no cost for Alpha and all are welcome.

If you have a question about the courses please contact: rob.silver@talktalk.net

Croftfoot United Free Church is running a children’s holiday club from Monday 2nd to Friday 6th July, from 10.30 am to 12.30 pm each day.  The theme is “Seaside Rock” based on the story of Peter the Fisherman, and all children of school age are welcome to enjoy the activities.